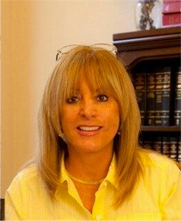 After earning her degree from the University of Tennessee School of Law, Mary Parker began her legal career in private practice. Thereafter and for more than 30 years, Parker has been a partner at Parker & Crofford law firm. Her practice has encompassed areas including medical cannabis law, representation of consumers in product liability matters, medical malpractice, car accidents, and civil rights litigation with a particular focus on sexual harassment and Title IX violations.

During her time at the Bar, Parker has received numerous honors and accolades, among them: being featured as one the Nation’s 10 Top Litigators in the United States by the National Law Journal. Parker is an AV Preeminent Peer Review Rated attorney by Martindale-Hubbell. This is the highest rating available and distinguishes Parker as having preeminent legal ability and very high ethical standards, judged by the judiciary and fellow attorneys. She is past president of Trial Lawyers for Public Justice, which she co-founded in 1982 with Ralph Nader and other lawyers across the nation. TLPJ (now Public Justice) is a national public interest law firm headquartered in Washington, D.C. dedicated to using trial lawyers’ skills and resources to create a more just society.  Parker also chaired numerous sections and committees of the American Association for Justice, having been a member since law school.

Parker is a lifetime member of the National Cannabis Bar Association (NCBA) and now directs a significant portion of her time, legal talents and energies to the world of medical cannabis law. She was recently elected President of the Tennessee Medical Cannabis Alliance, representing the organization in its efforts to bring legal medical cannabis to patients in Tennessee. Over the past 2 years, Parker has worked with lawmakers, drafting expanding legislation, researching comparative marijuana laws, advising clients in the Medical Marijuana industry, and assisting clients in multiple states with license applications.

Click Here for full story as reported by Tennessean

Click Here for full story as reported by Tennessean

Click Here for full story as reported by News Channel 5

Three female employees have filed a million-dollar lawsuit against the owners of an IHOP restaurant on allegations of sexual misconduct.

The Martindale-Hubbell® Peer Review Ratings™ are an objective indicator of a lawyer's high ethical standards and professional ability, generated from evaluations of lawyers by other members of the bar and the judiciary in the United States and Canada.